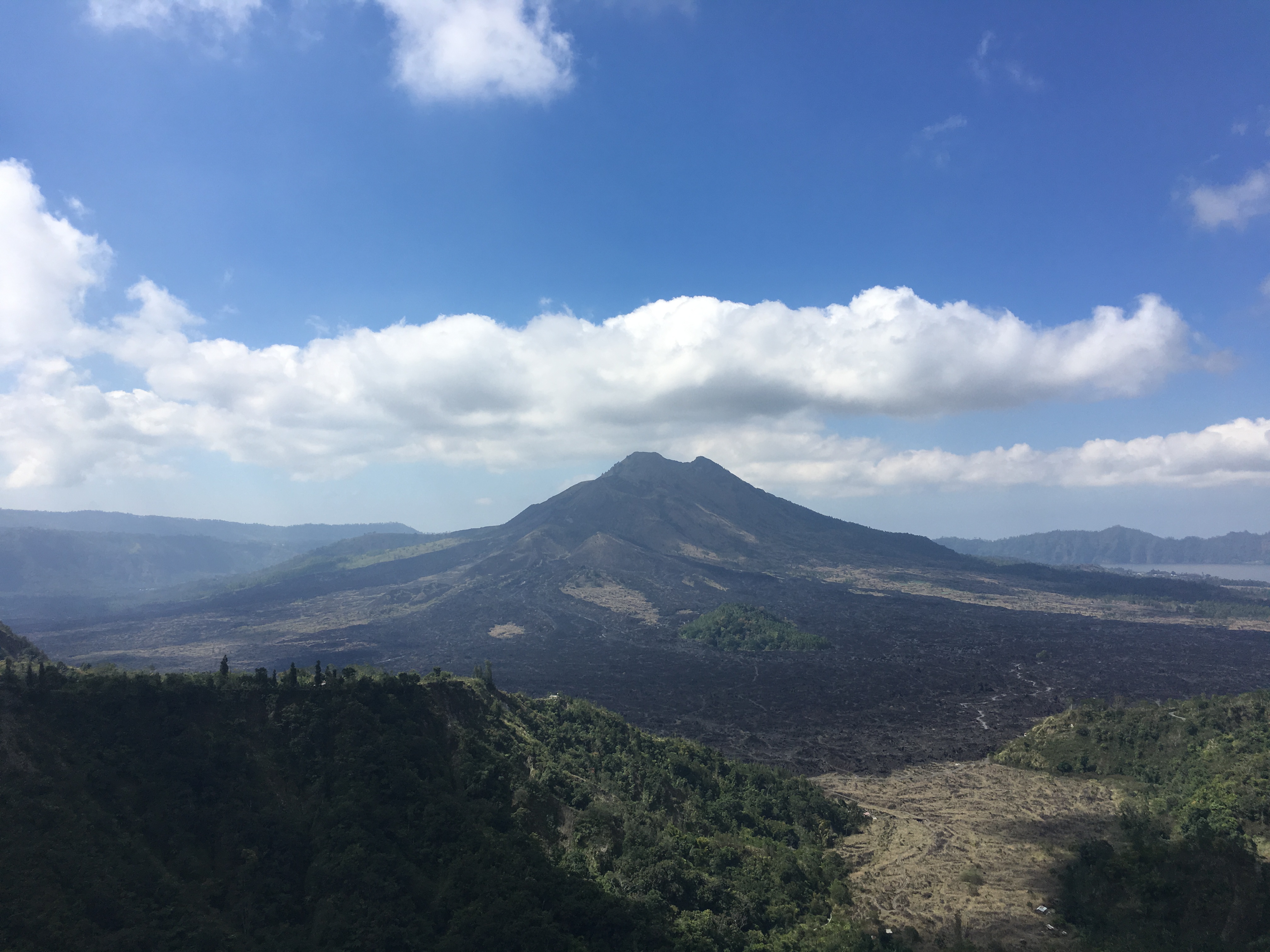 Bali has many interesting and unique tourism objects. Kintamani, the north east part of the Island is an example. It is a fertile and cool area which belongs to Kintamani district, Bangli regency. It is 66 kilometers far and about an hour journey from Ngurah Rai Airport. Kintamani is famous for its beautiful nature, it has beautiful lake and Mountain View. Besides, it has many interesting tourism objects, agriculture, temples and delicious culinary.
Kintamani has ninety nine popular tourism destinations, but one of the most famous and really familiar among travelers is the beauty of Batur Mountain and Lake View. It is such an icon for Kintamani district because it becomes the first destination every time the visitors come there. The best spot for taking picture and moment is in Penelokan. It is an easy way to find. It is just on the edge of the street before going down to the lake. Around the lake, there are some hot springs which has eye catching view and restaurants. Villagers in Kintamani is mostly tilapia fish farming.  That’s why the popular culinary in Kintamani is tilapia fish which is cooked and served by fried or sauce.
Kintamani which is mostly inhabited by Hinduism villagers, it has some popular temple which are found around villages. Those are Batur temple, Ulun Danu Batur temple, Puncak Penulisan temple, Jati Batur temple, Bukit Mentik temple, Ratu Sakti Pancering Jagat Trunyan temple and Pancoran solas temple. Many Hinduism people come to worship God and Goddesses every year.

Besides, Kintamani is well known by its agriculture especially on coffee bean. There are three kinds of coffee bean which are cultivated in Kintamani, those are Arabica, Robusta and the most popular is luwak coffee bean. Visitors not only can taste those kinds of coffee, rather they can enrich their knowledge about how to plant the bean, how to harvest and how to make coffee powder. This agriculture helps the villagers to make Kintamani becomes tourism destination that must be visited.